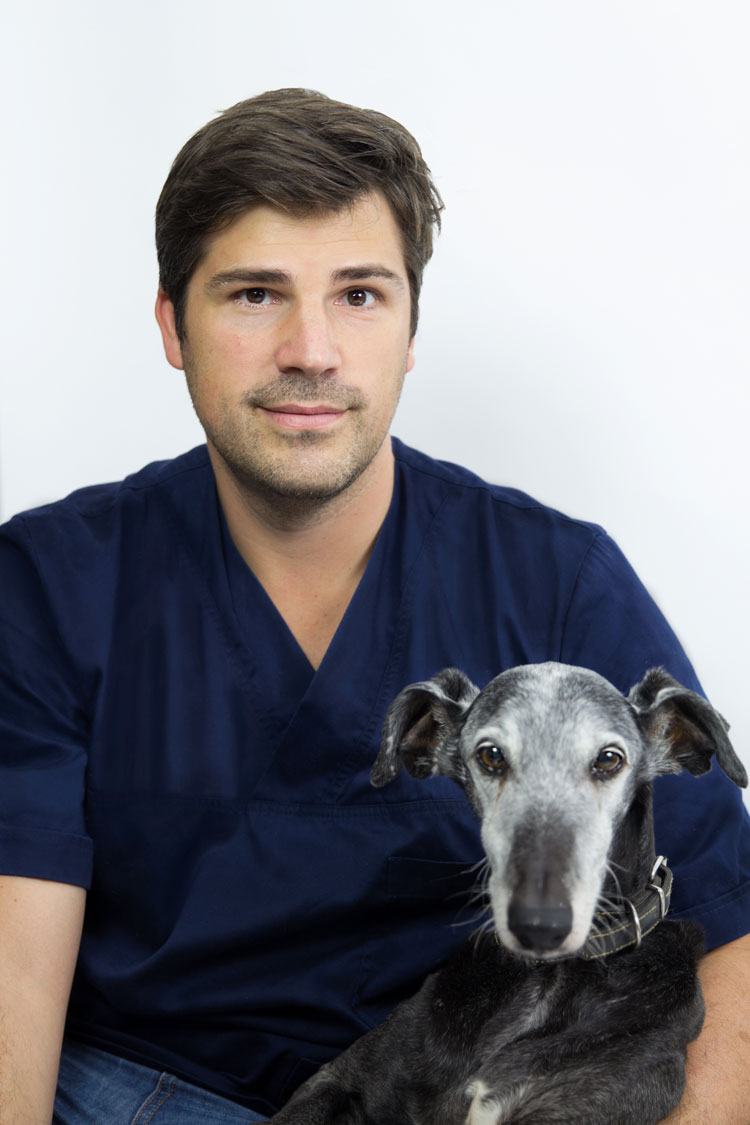 Vetocambre has been founded by John Smets who completed his veterinary education at the State University of Gent in 2004. After graduation John started working at the veterinary practice of Jean Bastien until December 2008. John worked as the chief veterinarian for the Prins Laurent Foundation from 2009 until 2016. He has also been one of the pioneers in a project sheltering the homeless and their dogs at Brussels Central Station as well as collaborating with both university faculties of Veterinary Medicine. He also took care of the orthopedic cases of the Foundation. In 2016 John decided to focus solely on Vetocambre and still continues to center his attention on soft tissue surgery and orthopedics. John is a member of SAVAB, the workgroup of soft tissue surgery and the workgroup of orthopedics (FOSSA).  Furthermore John travelled to Spain for the Greyhounds in Need Organization to perform surgery on greyhounds, kept at the Las Nieves animal shelter.  John continues to have a passion for projects which highlight the relationship between humans and their pet animals, and therefore he is very delighted being able to partake in the Villa Samson project as well.